TikTok Marketing 101: What Is TikTok and How Can You Market On It?

TikTok. You’ve probably seen its viral Facebook ads, heard about it from your kids, or seen it on the news. But what is it and should you be investing in TikTok marketing?!

In short, TikTok is a Chinese social network that puts video first. People can post short videos, edit them, add music, and post them to their TikTok followers.

Much of the site’s content is comedic—kind of like Vine, Twitter’s late video network. Some of the most popular genres include short skits, lip singing, cringe videos, and cooking instructables.

Like noted earlier, the network started in China as Music.ly. However, it was rebranded to TikTok last year and quickly gained traction in the United States and Australia.

And when we say “gained traction”, we mean it: it’s estimated that over 500 million people use TikTok, meaning the network is larger than Twitter and Pinterest. Crazy.

With that in mind, TikTok is becoming a larger marketing platform—especially for brands that market to young people.

Sound good with you? Let’s dive in.

Before you start marketing on TikTok, make sure your demographic aligns.

TikTok is largely used by people between the age of 16 and 24. This age group makes up 41% of the total user-base. Unfortunately, the social network hasn’t released much additional info beyond this, though it’s safe to assume 24-30 makes up another large part of its audience.

So with that in mind, we recommend using TikTok for marketing if you have a young audience.

While there’s no doubt that older people will start using the service soon, your marketing resources will likely be better spent elsewhere if that’s your targeted audience.

Here's how to market on TikTok

Each of these have their own merits and time commitments, so we’ll walk you through both options below. Here’s a look:

Influencer marketing will be huge on TikTok

From makeup to baking videos, TikTok is full of people making things. There are some huge TikTok influencers in these spaces—in fact, some have millions of subscribers.

These influencers have audiences that want to buy your products, so partner with them and make an influencer marketing campaign.

Pay these influencers to use your products on-camera or otherwise promote your brand in their videos, and you’ll get your products in front of new eyes.

But even more importantly, you’ll earn some of your influencer’s trust too. One in three consumers trust an influencer’s opinion more than what a brand says, so use that to your advantage.

Making your own content can be a powerful TikTok marketing strategy. However, it will take lots of time, creativity, and resources.

TikTok is largely based on viral content, so your content needs to be viral too. Otherwise it will likely be ignored by TikTok users.

So if you’re a cooking brand, show off an awesome recipe. For example, you can bake a cake to the tune of a pop song and show off your organic sugar in the process. Check the example above to see what we mean.

Just remember: the key to TikTok marketing is to make a viral, light-hearted video that also promotes your products.

One of the downsides to TikTok is that it doesn’t yet have an ad platform. So all of your TikTok marketing has to be done through influencer marketing.

But that’s not necessarily a bad thing.

If the past of other social networks is any indication, TikTok will eventually introduce an ad platform to monetize.

So spend your TikTok marketing resources on partnering with TikTok influencers in your niche in the meantime.

And there you have it: how to market on TikTok. Use this information to decide on if you should market on TikTok and start your first campaign. Remember, it has a very specific demographic, so tread lightly.

But now we want to hear from you. What do you think about TikTok marketing? Do you plan on starting a TikTok marketing campaign for your brand? Let us know in the comments.

Offering a powerful suite of analysis, posting and monitoring tools, you’ll have one less thing to worry about with a social media management platform that helps connect the dots.
Get Started 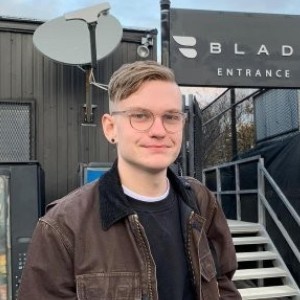 Andrew Kunesh is a social and content marketer from Chicago. Currently residing in New York, he writes about social media and travel.

Get updates and learn from the best

How To Do Multi-Location SEO For Local and eCommerce

How COVID-19 is Impacting the eCommerce World with Luke Carthy

Want to make sure your consumers are buying your products? Luke Carthy is an eCommerce consultant, SEO, and CRO specialist dedicated to helping online stores

Do You Want To Boost Your Business?

drop us a line and keep in touch